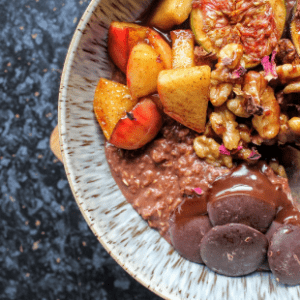 Now we’re officially in October, we’re preparing for the autumnal weather to set in. The wonderful SpamellaB has created this warming and delicious porridge bowl for those upcoming crisp mornings!

For the caramelised apples, walnuts & figs –