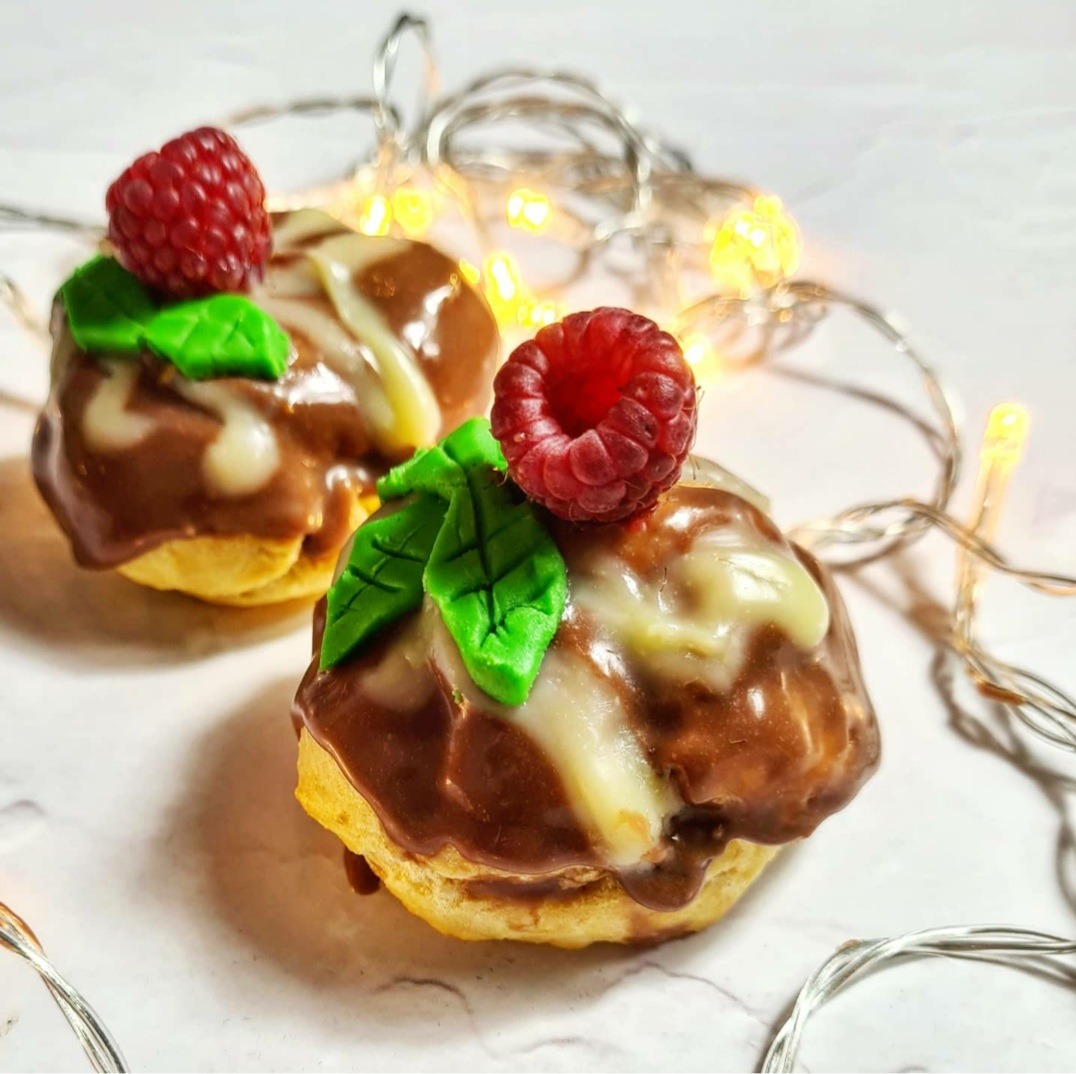 We have teamed up with Sanj Cooks who has created a unique spin on the traditional Christmas pudding with these delicious Chocolate Profiteroles Christmas Pudding.

To make the brandy crème patisserie: