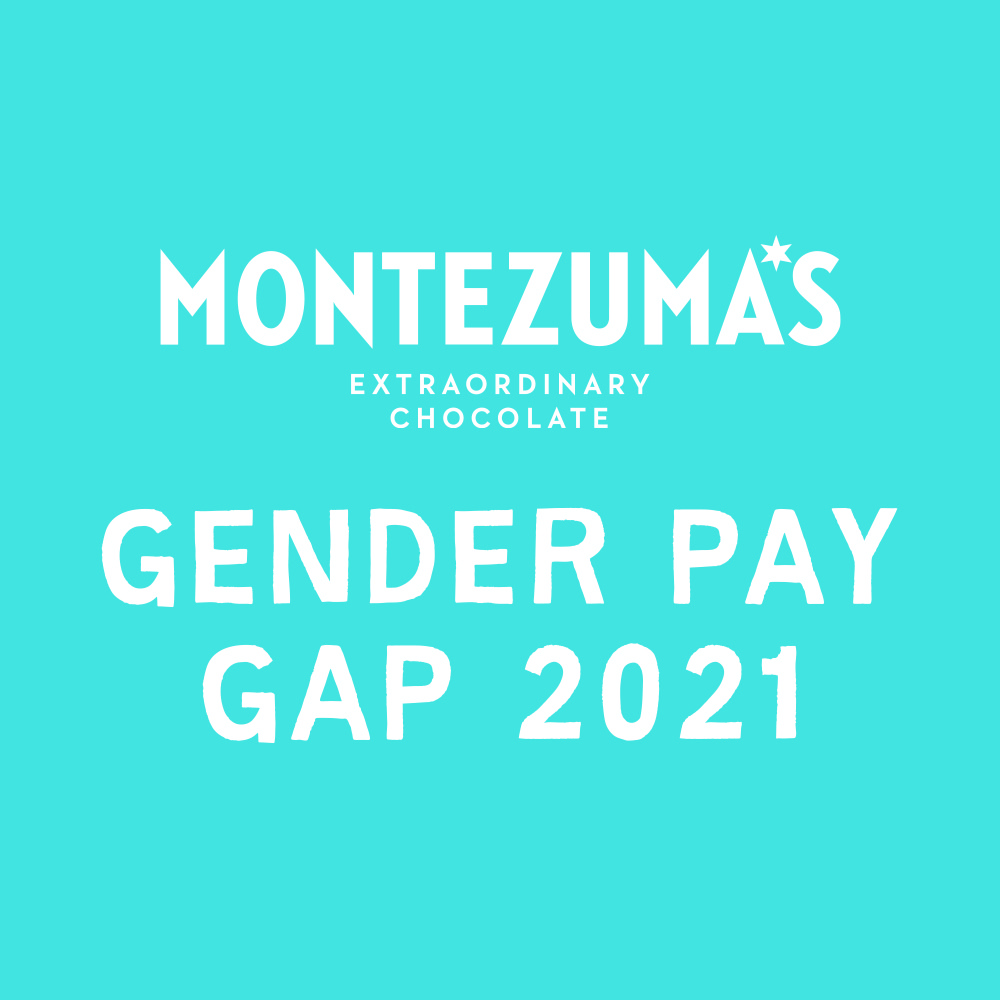 Montezumaʼs was founded by husband and wife team, Helen & Simon Pattinson in 2000. As a partnership, the business was set up on an equal foundation of shared responsibilities and equal pay. Over 20 years later these same principles still apply, and whether you are male or female you will receive equal pay for the role that you do, regardless of your gender.

By law, as we are less than 250, we do not need to publish or undertake a gender pay gap analysis but we choose to do so as it keeps us on our toes and ensures that we are practising what we preach. Since we havenʼt carried one out since 2018, weʼve recently updated this to see how we are doing…

What do the figures mean?

Before we look at our own results, itʼs important that you understand what the different figures mean. If the result is positive ie. 5% this would mean that women earn an average of 5% less per hour than a man, or in other words the average woman would earn 95p for every £1 earned by a man. If the figure is a negative ie. -5% it would be the other way round, where women earn on average 5% more than a man. Itʼs important to point out that the results are not based on individual roles, but an average across the business, from the highest to the lowest earner.

We are thrilled that our pay gap is now 4% vs the national average of 15.5% which means that we have closed the gender pay gap significantly more than the average company. While this is a great result, we have actually increased the gap since our last report (-2.4%). This is due to the change in senior management structure. Previously we had a husband and wife team as equal highest earners, now, with a male in the MD role and, our highest earner, this has had a significant impact on the overall results and skews the real picture. Taking out our highest earner within the business, our gender pay gap would be approx. -8% meaning that women earn 8% more than their male counterparts. This gives a more accurate result, particularly when looking at the highest quartile.

Remember, the reason behind gender pay gap was to ensure that more women are represented at higher levels within a business and thus earning a higher salary. The report shows our gender split is 63% women vs 37% men and our executive team consists of 70% women vs 30% men, and our highest earning quartile consists of 68% women & 32% men. This shows that we have a high proportion of women earning the highest level of pay and working at a senior level.

What do we do to ensure that we don't have a Gender Pay Gap?

Is there room for improvement?

There is always room for improvement and the report has highlighted that the 2nd highest quartile was under-represented by women in comparison to our overall gender split. This quartile consists mostly of our skilled/management within our factory and we will look to encourage and develop more women into all roles and departments within this area of our business.

Ultimately, we want there to be no pay gap between men and women and each quartile would be proportionate to our overall gender split.

View our Co-Founder's article on our Gender Pay Gap here