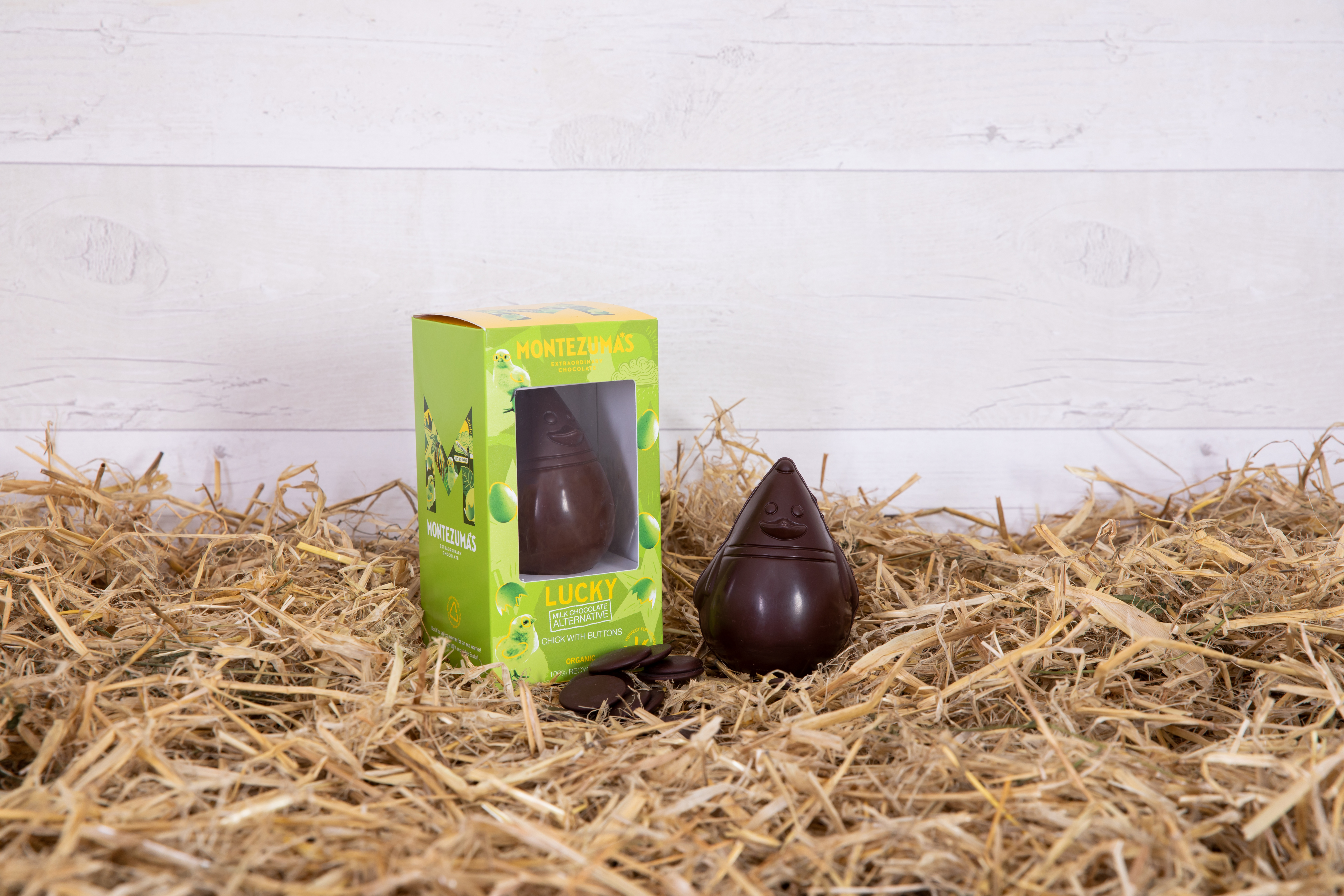 Our Guide to Vegan Easter Eggs

Have a cracking Easter with our Vegan Easter Eggs

If you’re avoiding milk or you’re vegan, you don’t have to miss out on indulging this Easter. Treat someone special or just yourself to an Easter egg or a bundle of delicious chocolate buttons. The idea that extraordinary chocolate begins with milk is a myth we’ve been busting since we started out over 20 years ago. It’s all about the cocoa, the craft and the passion - these are the ingredients that make our range of vegan Easter eggs so eggstra special...

What’s in Your Vegan Easter Egg?

Let’s start with a quick recap of how our chocolate is made - prepare your mind to be blown. All we need to make our famous dark chocolate is cocoa ‘mass’, cocoa butter and (sometimes) sugar. That’s it! If you’re not familiar with ‘mass’, it’s a chocolate liquor made from cocoa beans. We lovingly mix this in with the other ingredients, add natural organic flavours (from chilli and butterscotch to sea salt and cherry) and turn it into bars, buttons, truffles, Easter eggs or whatever other zany idea we’re experimenting with. Notice what’s missing? That’s right - there’s no milk. We only add milk to our - you guessed it - milk chocolate range.

The History of Vegan Chocolate

As much as we’d love to take credit for inventing the vegan Easter egg - vegan chocolate has actually been around for thousands of years. In fact, the chocolate that the Mayans and Aztecs were savouring at the height of their empires was exclusively dairy-free dark chocolate, so right from the start chocolate was vegan. Tell that to the next person who says that you’re “missing out” on “real” chocolate. Not until the late 19th century did milk chocolate arrive on the scene. And if you’ve been subjected to one of those super-sweet, cloying and additive-filled bars that sit next to the crisps in the corner shop, you’ll know that the Mayans and the Aztecs had the right idea about what makes good chocolate.

Why do we eat chocolate eggs at Easter?

Since eating eggs traditionally was not allowed during Holy Week (the week leading up to Easter), those that were laid were decorated and given to children as gifts. The Victorians added the idea of wrapping up boxes filled with small treats and gifts and then at some point some bright spark saw an opportunity to replace eggs (which not everyone likes) with chocolate (which everyone loves). Hey presto! The gift of a chocolate Easter egg was born, and with it the ritual of chipping a segment off the chocolate shell, tipping out the buttons, and finding somewhere quiet where you can secretly gorge on chocolatey goodness. And as we’ve now established, this is not an exclusive privilege for the milk chocolate brigade - in fact, dark chocolate vegan Easter eggs would have been around before milk chocolate.

Luckily, we skipped the chapter in vegan chocolate established by the Mayans and Aztecs, because their version was, let’s say, an acquired taste - much harsher, coarser and more bitter than what we’re used to today. Instead, we burst onto the scene with our Like No Udder range. Using rice milk instead of milk, and coconut oil instead of palm oil (which is environmentally unsustainable), we were able to produce a 24% dark chocolate bar that was so creamy and smooth it’s almost impossible to believe that no cows were involved at any point in production. But that’s the truth. It’s our signature vegan chocolate and it’s what we use in our range of vegan Easter eggs and treats.

If you want the luxury but not the milk, you’ll love our milk chocolate alternative Easter chicks. Not just for the taste, either. Since 2020, 100% of our Montezuma’s chocolates come in recyclable, compostable or biodegradable packaging, so you’re looking after the environment too.

Take your pick of our vegan Easter Eggs

Contains as much cocoa as our ordinary milk chocolate in every button.

What could be better than one Easter Chick? Three!

Crack it open and scatter the buttons. There’s enough to keep you busy for a while.

To cut a long story short - which if you’ve just reached this sentence may rankle rather - we’ve got you covered, vegans! You too can enjoy your Easter egg; you too shall relish the opportunity to offer a gift to a fellow connoisseur of plant-based confectionery. Have a great dairy-free Easter, safe in the knowledge that it’s what the Mayans would have wanted, and what the Aztecs would have approved of (which if you know anything about the Aztecs is definitely a good thing).

If you’re shopping for all dietary needs then we do also have some extraordinary dairy chocolate eggs available. Explore all our organic Easter eggs. You can order online for delivery. Have a great Easter!